Here is something I thought about, that is going to tickle and delight your heart and mind. Oh oh… no.. Don’t get too excited though as I am not going to tell you anything remotely new or ground-breaking. I am sure it is going to be déjà vu for most of you. (But wait wait.. don’t run away. Please read on! :P) Imagine asking your child to draw a tree. Ah.. I see some nostalgic smiles there. Well… what do you do? You give her a nice big sheet of paper, drawing pencils, crayons of different colors and even paint brushes and water colors if she is a pro.

Now I am sure your kid is not new to such an exercise but would nevertheless enjoy another opportunity to unleash her creativity. So the child goes about effortlessly outlining the tree as she has done several times in drawing classes at school. She carves out a broad trunk for the tree, designs the branches generously and then carefully and delicately fills them with leaves. Then she throws in some fruits and may be gets fancy with birds, squirrels and other potential inhabitants too. If she is a stickler for detail, she may even go underground chalking out the roots.

Then what does she do? Well… she turns towards the crayon box or water colors that have been lying there craving for her attention. It is time to add some color in the tree’s life. It is only very fitting as trees add so much color to our lives. She starts with the trunk and works her way up to the leaves. She picks her favorite color green and splatters it all over the leaves. Now she looks at the box: there are so many colors left, she thinks.

So she picks up her favorite maroon and starts pondering. After a bit of debating, she decides to color a few leaves with this new exciting color. She takes a look at it: Not bad, she thinks. The few specks of maroon have added to the beauty of the tree. Now she gets even more creative. She mixes yellow and orange to get the golden tinge. She adds some glitter to the tree by decorating some leaves in gold. She is not yet satisfied. She does some more blending and comes up with some purple, golden brown and dark red leaves as well. Now she looks at her work of art with great bliss. She seems quite pleased.

It is time for some “show-off”. She comes running to you to display her wizardry with the brush. You look at the tree and for a moment you are shocked. You were expecting a “green” tree fresh and full of foliage. Now here is your kid who has sort of made a rainbow out of the tree. But then it strikes you (hopefully; otherwise there is always Wikipedia) that there is a season called autumn, which we had once read about when we were in 1st or 2nd standard. Your child has unknowingly but ever so beautifully crystallized a tree that displays “Fall Foliage”. Isn’t that magical? That is why they say: “Children are God’s greatest gift to us”. They can see the purity and splendor of God’s creations better than us. 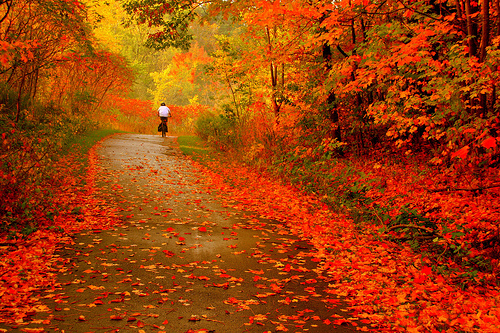 Now you might be wondering why in the first place I am writing all this. I don’t know either. This week I have been noticing the first glimpses of autumn and the gentle rustling and crumbling of the leaves as they sweep across me made me think about it. The trees around have been slowly but steadily becoming more and more colorful and against a grey sky on a rainy evening, they sure look poetic. And they keep distracting me. There was this simple question as to why all this happens in my mind that has kept me intrigued. By now, most of you would be aware of my intelligence quotient. So after having unsuccessfully raked my brains trying to understand the “Autumn leaf phenomenon”, I sought the help of none other than Professor Eisenkleiftovich! I know you guys would have missed him and his genius. He is busy with his research on “Martian sand” but promised to make a full fledged appearance soon.

So here is an excerpt from what he had to say about “Autumn leaves”. As usual he was a bit philosophical too.

“We always think (such a misplaced thought) that we are the only ones who can think. But it would come as a surprise to many of us to know that even plants have “Intelligence”. First of all, as we know, they not only produce food for themselves, but also for us. And by food for us I meant “Oxygen”. Leaves are nature’s food factories. Well, as you would know, “Photosynthesis” is a phenomenon wherein leaves use sunlight to turn water and carbon dioxide into oxygen and glucose. They keep the “glucose” for themselves and gift us the Oxygen.

Now every factory has a shutdown. As summer draws to a close and autumn comes by, the days become shorter and shorter and the trees know and sense that winter is coming. During winter there won’t be enough sunshine for photosynthesis and hence the trees will shut down and live off of stored food. Now a leaf is green because of chlorophyll and its abundance dominates and masks any other pigments present in the leaf and “Chlorophyll” is the “Photosynthesis” guy. So now since he is not needed, he slowly disappears from the leaves and other guys start showing up. And that’s when we start seeing the yellows, oranges, bright reds and purples. If you want to know more about the science, do visit the references and enlighten yourself.”

So that was Mr.Eisenkleiftovich for you guys giving me some “leaf” gyan. Now it is time for me to signoff on this lovely Friday afternoon as I leave office early to take my parents on an autumn “leaf peeping” tour in the evening.

And I shall leave you with a lovely poetic welcome to Autumn by a dear fellow blogger Rahul. You can read it here: Welcome Autumn.

P.S: Did I mention to you that after I wrote the article “An Alternate Hypothesis to Einstein’s theory of relativity”, I got a post-card from the man himself! It read: “Nice try, fella!”


It is a strange feeling to be a stranger at home. Navdeep had an eerie uneasiness that engulfed the vacuum of his mind as he and Suhana landed in , a city whose lush greenery and verdant trees once shared every secret desire of his. Today it was just another city whose gardens appeased his heart no more. The inner connect had been lost for years, there was no nostalgia in the air and he no longer yearned for the petrichor. Had it not been for his ailing mother and the impending registration of his new house, Navdeep would have preferred to stay away from this epicenter of trouble, doubt, discomfort and dirt, out of his own guilt rather than intent. It is quite incredible how perspectives change when idealism of the mind and serenity of the heart are blitzed by the practicality of comfort and the brashness of wealth. But again, every time he set foot in the land of his fathers, his heart would get entangled in a quagmire of memories and would relive the magic of the past thereby forcing his mind to a perennial coma of confusion, doubt and desire. A strange conundrum is Life!
-------- ~~--~~--~~---------

Navdeep’s left eye waged an hour long battle to separate the intertwined lashes and lift the heavy eyelid to let some light in. It took some time for the photons to take shape and for his neurons to put them in perspective. He didn’t know where he was. He looked at an animated Suhana who seemed to be in a rampant fit. His mother’s eyes said a silent prayer and his dad held his hand so tight which made him feel the excruciating pain in every other part of his body. Suddenly he remembered something! He slid his hand to his left pocket. He found a crumbled 500 rupee note!

“Hello Sir. How have you been? It has been ages since I saw you.” Ayyanar had a forgotten innocence in his smile.
“I am okay. Can we do this quickly?” Navdeep was in no mood for niceties. He was already furious at his builder who didn’t consider it important enough to help him out personally. “How dare he send a helper instead!” he fumed inside. But seeing Ayyanar comforted him as he was a very nice and sincere chap and had helped Navdeep a lot, earlier during the construction of the house.

“Of course Sir. But you know the custom here. Taluk offices hardly work the way we want to. But you don’t worry Sir. I shall get everything done for you by today. Shall we leave?”

“Are you giving me a darshan, my friend? Where is this office?” yelled Navdeep.

Meanwhile Ayyanar was lost in wonderland as he was drooling over a gorgeous Katrina Kaif who was selling some trendy designer watch in a larger than life cutout. Ayyanar would have bought just about anything!

The thought of Katrina Kaif brought a temporary smile in Navdeep’s face. But then reality came back to him again. “Where is Ayyanar?” he muttered again. There were blank faces all around but his mind was still numb to register anything. He couldn’t hear what his father was saying but he saw him shake his head!
-------- ~~--~~--~~---------

“What do you mean you need 3 witnesses? Didn’t you talk to our builder and agree to everything? Now why this nautanki? And don’t give me the officer-on-leave crap. I am sure you can get a signature can’t you?” Ayyanar was at his animated best.

Navdeep dragged Ayyanar away to the next room. “Just give the money he asks for and get it done with”.

“I will Sir. But he is asking for 1500 rupees which is outrageous. He says he needs it for other people as well but I am damn sure he never gives anyone else a dime. That’s not fair”, Ayyanar argued very religiously.

“Fairness in bribery! Anyways this is your territory. I won’t and can’t interfere.” Navdeep thrust three 500 rupee notes and put his hands up as Ayyanar stormed back into the office again. He came back in half an hour with a devilish grin in his face.

“See... accomplished. As I had promised you! Now sit back and enjoy the view as Ms.Zing takes us home!” an enthusiastic Ayyanar was whistling.

“Yeah.. all credit to you Ayyanar. Thank you so much. Without you, nothing would have been possible. I would have been circling this office for days. Heyy… check that out. Your dream girl Katrina again! She looks even more beautiful sipping that mango juice over there!” Ayyanar almost instantaneously rotated his head to the direction Navdeep pointed. Then it happened!
-------- ~~--~~--~~---------

Navdeep gasped for his breath. Finally the one memory that will remain to haunt him for the rest of his life unfolded in front of his eyes.

“In this?” Navdeep asked jokingly pointing at the rusty Kinetic Zing which stood laboriously as if it was on crutches.

Ayyanar grinned sheepishly. “Sir.. Don’t make fun of my Zing. It is my sweetheart. I love her more than Katrina Kaif. Here... take my helmet. You will feel safer!” Ayyanar pummeled the kick start as Navdeep casually inquired: “And what about you?”

Ayyanar smiled back innocently – for one last time! 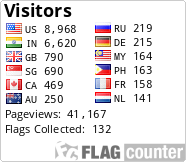